ICEHOUSE, Alan Parsons Live Project & Bonnie Tyler performed in front of a 14,000 strong crowd, topping off the tour’s 15,000 sell out in Taupo yesterday and 16,000 sell out at Queenstown last weekend.

In their final headlining show of the New Zealand tour, Aussie rockers ICEHOUSE, headed by Iva Davies, celebrate their 40th anniversary with a huge repertoire of crowd favourites including “Can’t Help Myself, We Can Get Together, Hey Little Girl, Electric Blue, & Great Southern Land” to name but a few.

As concert goers settled themselves in for an awesome summer’s afternoon of music, New Zealand acts Automatic 80’s and White Chapel Jak got the audience warmed up in preparation for the triple international billing that was to follow.

Welsh songstress Bonnie Tyler was again on form and had the crowd dancing and singing along to her iconic hits, “Total Eclipse Of The Heart, It’s A Heartache and Holding Out For A Hero”.

Alan Parsons Live Project, performing their first ever tour in New Zealand, were on stage mid-afternoon and proved that music of the 70’s and 80’s is still hugely popular, playing the likes of “Eye In The Sky, Games People Play & Damned If I Do”.

Amanda Calvert, CEO of Greenstone Entertainment says, “The Greenstone Entertainment team and the artists had an amazing time throughout this year’s Summer Concert Tour. We’re proud to have been able to showcase this beautiful country to our international guests. We want to say a huge thank you to the 45,000 fans that came along to one of the shows. It’s a pleasure to see all the families, couples and groups of all ages having such a great time, and we look to bringing a whole new line up to our shores in 2018.”

You can still buy tickets to our Whitianga Concert if you hurry!

With such incredible talent touring our breathtaking Summer Concert venues across New Zealand’s North and South Islands, it’s no surprise we have officially SOLD OUT of both Queenstown and Taupo locations for our 2017 Summer Concert Tour. However, you can still buy tickets to our WHITIANGA CONCERT if you hurry!

The WHITIANGA SUMMER CONCERT has already sold over 12,000 tickets to see Australian rock legends ICEHOUSE, the multi-talented Alan Parsons Live Project, along with the unmistakable voice of Bonnie Tyler. With tickets @ $99, this is a concert you don’t want to miss. NOTE: Whitianga is your last chance to buy a ticket to see these 3 legendary rock heavy weights.

Less than three hours’ drive from Auckland, (or a 20 minute flight) on the beautiful Coromandel Peninsula is Whitianga.

Greenstone Entertainment is proud to bring the annual Summer Concert Tour back to Whitianga Waterways Arena. Its brilliant wide spaces allow for plenty of parking, along with generous areas for seating. With the backdrop of the Waterways and the surrounding native bush it is the perfect way to enjoy an afternoon of ‘classic rock’ from some of the world’s greatest bands.

With just under 5 months to go, QUEENSTOWN has sold over 14,000 tickets! We have just 10% of our online allocation remaining, so don’t wait! Book your tickets now and you won’t miss out.

YOUR LAST CHANCE FOR QUEENSTOWN TICKETS

With just under 5 months to go, QUEENSTOWN has sold over 14,000 tickets! We have just 10% of our online allocation remaining, so don’t wait! Book your tickets now and you won’t miss out.

TAUPO HAS SOLD OUT!!

TAUPO is the first of our three fantastic venues to completely sell out tickets. And yes, that includes our online and retailer tickets. If you managed to secure your TAUPO ticket for the Summer Concert 2017, then congratulations! We know you will have the most amazing time.

If you missed out on TAUPO, then keep reading, as we still have Whitianga tickets available!

MISSED OUT ON TAUPO? CHECK OUT WHITIANGA!

We still have online and retailer tickets available for our WHITIANGA location on Sunday 29th January. If Taupo is any indication, these won’t stick around long. Hurry & secure yours now! 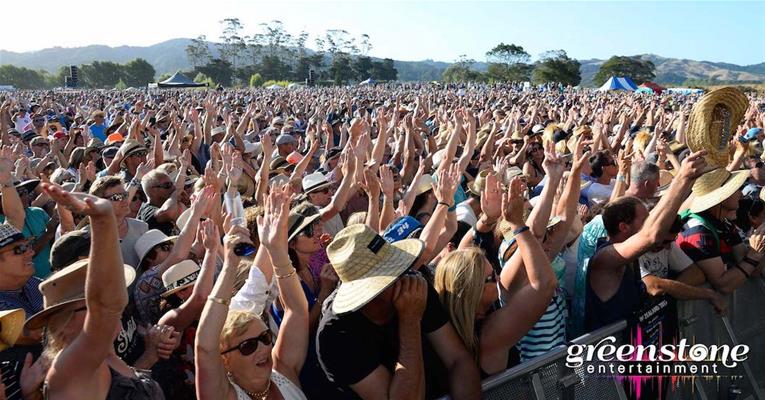 Don't miss out on your Summer Concert Tour tickets

Greenstone Entertainment has reported that the sales for the 2017 Summer Concert Tour are the strongest in the history of the event!

Sales for Whitianga are strong and there are only 56 Club member special tickets left at the special price of $89 so, if you want to save $10, book your tickets TODAY!

With still a little over 5 months to go, TAUPO has completely sold out of their special members price ticket allocation and they now have only 675 tickets available for sale which means it will sell out in the coming weeks. If you want to go to the TAUPO Summer Concert Tour, you need to book your tickets NOW as sales allocations are almost exhausted. NOTE: There are still some limited local tickets available at Taupo I Site and My Music Taupo but you’ll have to be quick to get them.

After just 3 weeks of sale, Queenstown Summer Concert Tour has sold over 9,000 tickets!. Don’t wait, book your tickets now and you won’t miss out.

“This is going to be our best year yet, we can feel it already!”

IMPORTANT TICKETS ON SALE INFORMATION – BE THE FIRST TO SECURE YOUR TICKET!

We are so excited to announce that the 2017 Summer Concerts Tickets will be on sale soon. Make sure you’re ready. The 2017 Tour features Australian rock legends ICEHOUSE for their first NZ headlining show in 20 years, the multi-talented Alan Parsons Live Project, along with the unmistakable voice of Bonnie Tyler, who will be bringing to New Zealand their unmistakable hits in a three date national tour!

The concerts will return to the idyllic holiday locations of Queenstown, Taupo and Whitianga – hot on the tails of the 2016 Summer Concert Tour which saw audiences nearing 40,000 across the three shows. With its unique afternoon atmosphere and unchanged ticket pricing over the past 5 years, concert goers won’t be disappointed with the 2017 line-up. 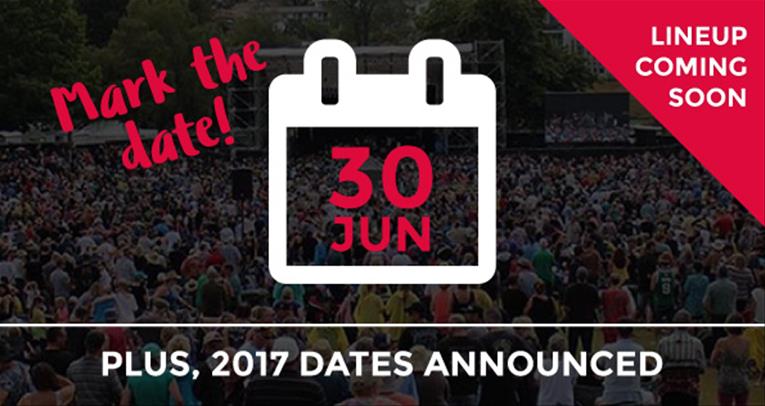 We will once again be touring the North & South Islands of New Zealand in 2017. We’re really excited to announce our artist line-up on Thursday 30th JUNE 2016.

Greenstone Entertainment will once again be touring both the North & South Islands of New Zealand in 2017. We are really excited to be able to announce our artist line up on Thursday 30th JUNE 2017 and to finally announce our Summer Concert Tour 2017 dates:

In the meantime, please check your details are up to date in your Members Area.