We kick-started off with a bang in 2011 with the inaugural Gibbston Valley Winery Summer Concert, which was a huge success. Featuring Creedence Clearwater Revisited and Dr. Hook, this NZ event attracted 14,000 concert goers. Our boutique concert promoters are also proud to have brought the Doobie Brothers and Little River Band to 35,000 fans on their concert tour of Taupō and Queenstown in February 2012.

With a vision to expand to other parts of the country, Matakana was added as a venue keeping in with our ‘breathtaking locations’ philosophy, and in 2013 were proud to deliver another great concert tour at three locations featuring Pat Benatar & Neil Giraldo, Bachman and Turner, and America, followed up by our 2014 Summer Concert Tour which featured 10cc, Starship & Lynyrd Skynyrd.

2015 saw Three Dog Night, Foreigner and Heart hit our shores, followed by Melissa Etheridge, REO Speedwagon and Huey Lewis And The News in 2016, with Bonnie Tyler, Alan Parsons Live Project and Icehouse performing to over 40,000 fans in 2017.

Over 50,000 fans snapped up tickets in another record sell out time for the 2020 Summer Concert Tour, our 10th anniversary tour, which starred Smash Mouth, Creedence Clearwater Revisited (who performed at the very first Gibbston Valley Winery Summer Concert in 2011), Anastacia, George Thorogood and the Destroyers, and Billy Idol.

As a top NZ concert promoter, we are passionately committed to providing exceptional service and an overall experience that will ensure you come back wanting more. Want to find out what we have planned for the months to come? Sign up for our newsletter and don’t forget to check the latest news.

See you out there! 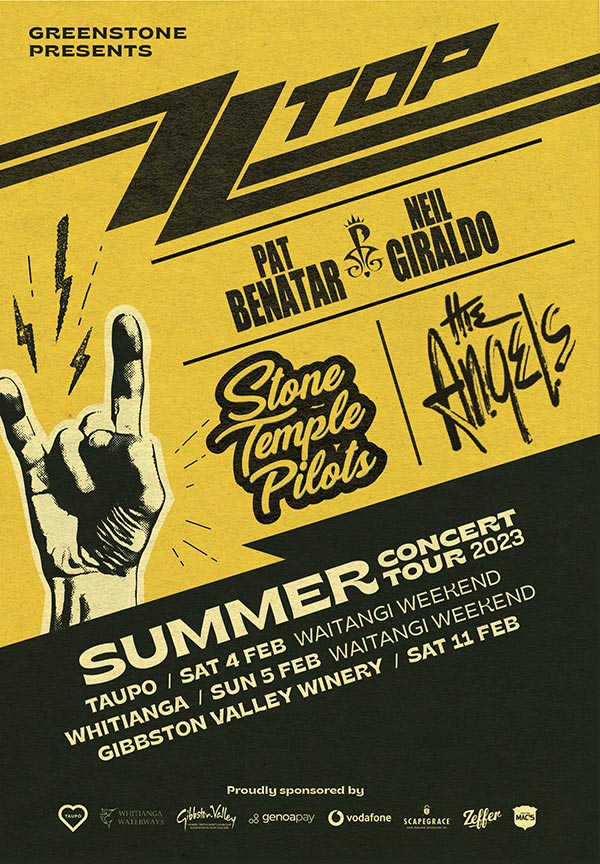