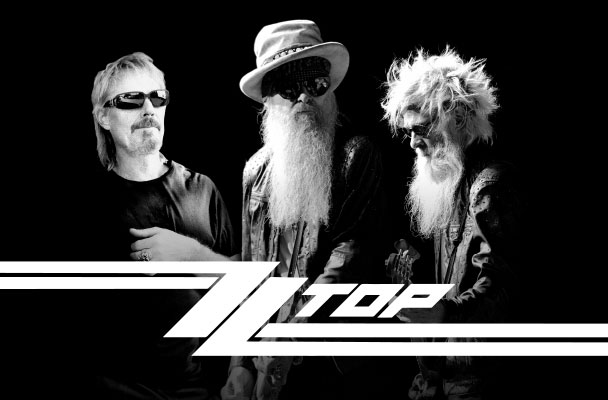 “That Little Ol’ Band From Texas” has been at it for well over a half century, delivering rock, blues and boogie on the road and in the studio to millions of devoted fans. With iconography as distinctive as their sound, ZZ TOP is virtually synonymous with beards, hotrod cars, spinning guitars and that magic keychain, all of which transcend geography and language.

Gimme All Your Lovin'

It was in Houston in the waning days of 1969 that ZZ TOP coalesced from the core of two rival bands, Billy Gibbons’ Moving Sidewalks and Frank Beard and Dusty Hill’s American Blues. Their third album, 1973’s Tres Hombres, catapulted them to national attention with the hit “La Grange,” still one of the band’s signature pieces today. Eliminator, their 1983 album was something of a paradigm shift for ZZ TOP. Their roots blues skew was intact but added to the mix were tech-age trappings that soon found a visual outlet with such tracks as “Sharp Dressed Man” and “Legs” on the nascent MTV. It was one of the music industry’s first albums to have been certified Diamond, far beyond Gold and Platinum and a reflection of US domestic sales exceeding 10 million units.

As a touring entity, they’ve been without peer over the past five decades, having performed before millions of fans on four continents and have been the subject of their own Grammy-nominated documentary titled That Little Ol’ Band From Texas. The band’s line-up of the bearded Gibbons and Hill and Beard, who ironically is clean shaven, remained intact for more than 50 years until Dusty’s passing. When Dusty temporarily departed the tour in the summer of 2021, it was a given that Elwood would be the perfect choice to stand in for Dusty until he could return. But Dusty’s return was not to be, and Elwood continues to handle the bass duties for the band now and into the future.

The elements that keep ZZ TOP fresh, enduring and above the transitory fray can be summed up in the three words of the band’s internal mantra: “Tone, Taste and Tenacity.”. As genuine roots musicians, they have few peers. Their influences are both the originators of the form – Muddy Waters, B.B. King, et al – as well as the British blues rockers and Jimi Hendrix who emerged the generation before ZZ’s ascendance.

They have sold hundreds of millions of records over the course of their career, have been officially designated as Heroes of The State of Texas, inducted into the Rock and Roll Hall of Fame (by Keith Richards, no less) and have been referenced in countless cartoons and sitcoms. They are true rock icons and, against all odds, they’re really just doing what they’ve always done. ZZ TOP abides! 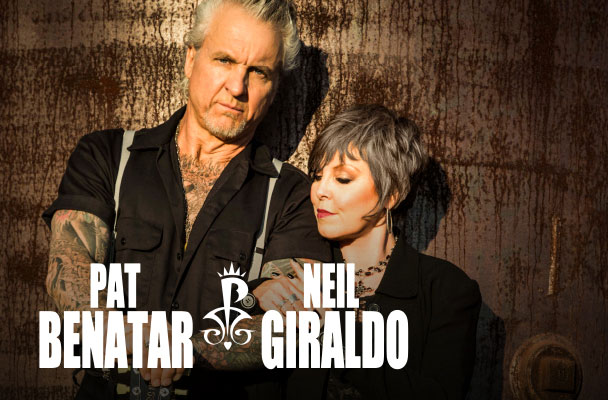 Pat Benatar’s staggering vocals and take-no-prisoners attitude, along with Neil Giraldo’s trailblazing artistry as a guitarist, producer and songwriter forged the undeniable chemistry and unique sound that created some of rocks most memorable hits including We Belong, Invincible, Love Is A Battlefield, Promises In The Dark, We Live For Love, Heartbreaker and Hell Is For Children.

"We Belong", "Invincible", "Love is a Battlfield", "Promises in the Dark", "We Live for Love", "Heartbreaker", "Hell is for Children"

Love is a Battlefield

Together they have created two multi-platinum, five platinum and three gold albums, as well as nineteen Top 40 hits. They have sold over thirty million records worldwide and have won an unprecedented four consecutive GRAMMY® awards. Their rock and roll love affair has endured for more than three and a half decades. Pat and Neil continue to tour, selling out concerts everywhere. Their chemistry will undoubtedly be thrilling music fans forever. 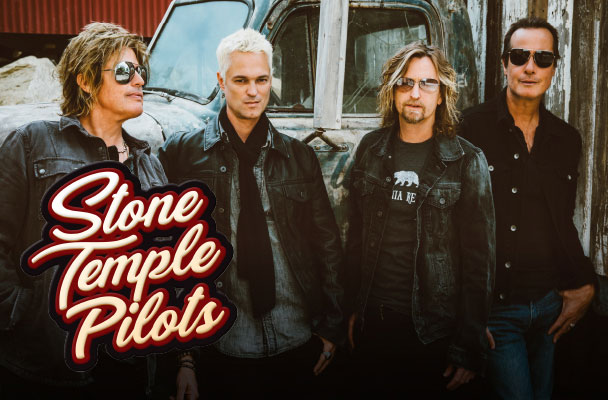 With over 70 million albums sold, Stone Temple Pilots roared on to the scene in 1992 with their raucous debut, Core. A breakout success, the album peaked #3 on the Billboard 200 chart, and dominated radio waves with hits like “Sex Type Thing,” “Wicked Garden,” and the Grammy-Award winning smash single, “Plush.”

Stone Temple Pilots quickly distinguished themselves as a band beholden to no trend. Boasting the inimitable riffs of guitarist Dean DeLeo, the propulsive rhythm section of bassist Robert DeLeo and drummer Eric Kretz, and the charismatic baritone of front man Scott Weiland, STP ruled airways, video playlists and charts alike over their legendary career. The band released their latest studio album, Perdida in 2020 with lead singer since 2017, Jeff Gutt. 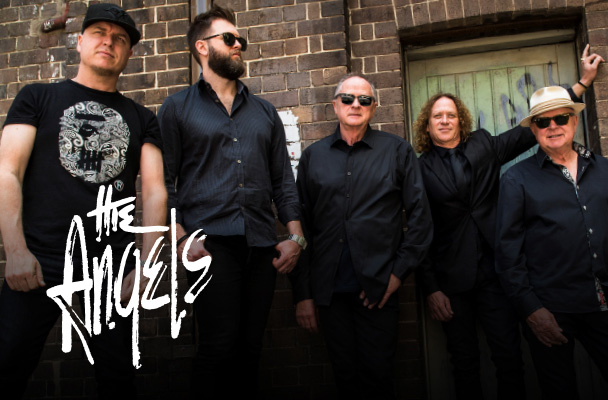 In the words of Jimmy Barnes, The Angels are a band that changed Australian music forever and their sound is powerful, aggressive and joyous. More than four decades into their remarkable journey, The Angels remain fierce and uncompromising.

Am I Ever Gonna See Your Face Again?

Inducted into the Aria Hall of Fame in October 1998, The Angels have performed alongside music legends such as David Bowie and The Kinks, and been supported in the past by Midnight Oil and Cheap Trick. Success for The Angels in New Zealand has included 10 of their albums featuring in the NZ Album Charts with their 1990 album Beyond Salvation reaching No. 3.